Announcing not one but TWO laugh-til-you-drop murder mysteries, coming to you in October and February.

Tickets are regularly $55, but if you double down on the laughter you can snag two shows and two dinners for just $100! 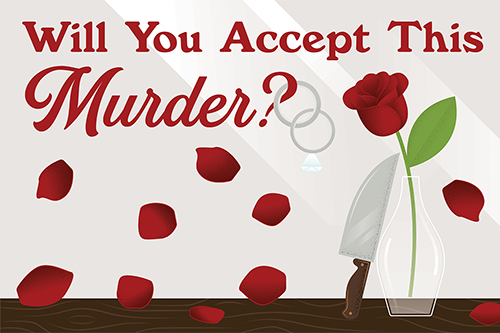 WILL YOU ACCEPT THIS MURDER?

It's the Season Finale filming of The Admirer, America's favorite reality TV show dedicated to finding love for annoying single people, and you're in the studio audience! The production team is determined to make this the most thrilling season finale ever... or die trying.

Held at The VENUE at Butcher Block Steakhouse in Cedar Rapids. 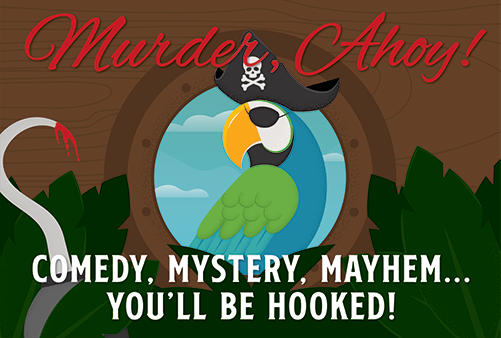 Avast, me hearties! You've been selected to defend Cross Bones Cove with some of the most fearsome swashbucklers in the Caribbean! So break out your best eye patch, grab some grub, and batten down the hatches.... somebody's going to find the pirate booty and somebody's going to get the boot!

Held at the Price Creek Event Center in Amana.