These shows are held on the Old Creamery Theatre's Main Stage in Amana with varying dates, times, and ticket prices.*DTPs and Season Ticket Packages cannot be used for these events. 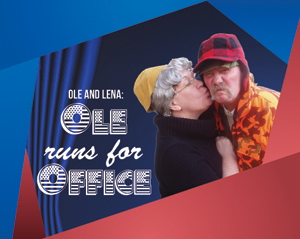 Written and Produced by Mike and Julie Bateson

Will Lena talk Ole out of the political limelight or cave in to the glamour of being “first lady of the lodge?” Can Ole and Sven make it through the election without causing an international Muskrat lodge investigation looking into dirty campaign tricks? Be a part of all of the craziness yourself when you, the audience, determines the outcome in this laugh riot “Ole Runs for Office!”  Tickets are $26.50 each. 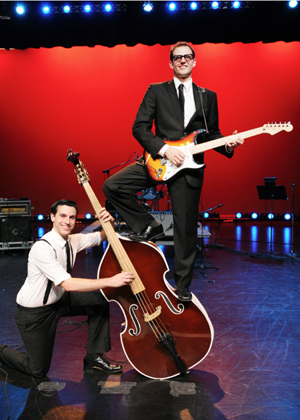 That'll be the Day - A Tribute to Buddy Holly and the Crickets
Saturday, June 30 at 2:00

After selling out last year the Rave-Ons are back by popular demand! This time they will not only perform their Buddy Holly Tribute Show, “That’ll be the Day,” they will also bring a new show called “Rockabilly Legends” to the Main Stage.This all new show will transport you back to the golden age of rock and roll with an extensive song list that pays tribute to greats like Chuck Berry, Elvis, Johnny Cash, The Everly Brothers, and The Beatles just to name a few.

Featured in the top ten on America’s Got Talent on national television, Bobby Simkins keeps on proving why he’s one of the top Elvis tribute singers in the world. Come sing along as he croons to the classics of Elvis and Conway Twitty.

BACK BY POPULAR DEMAND!

Diamond look-and-sound-alike Keith Allynn unveils the story of Neil Diamond’s life through his songs from the ‘60s through today, while weaving in his own incredible love story and unexpected career change from a top 10 Elvis to Neil Diamond, all for the love of a woman. 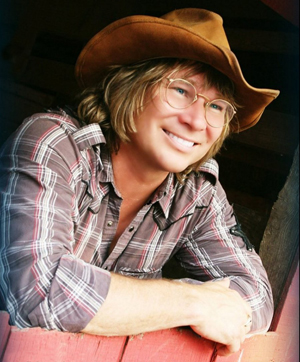 BACK BY POPULAR DEMAND FOR ONE DAY ONLY!

Ted Vigil has played twice for John Denver’s own “Windstar Foundation” in Aspen, CO. He has been awarded the Rising Legend Award by the National Traditional Country Music Association! His shows sold out incredibly quickly the last time he performed at the Old Creamery, so don't wait to get your seats!