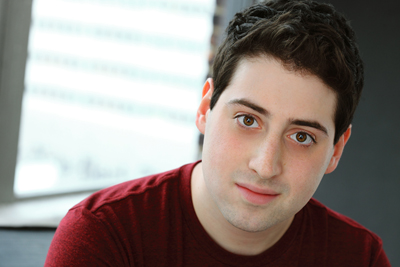 Josh Cahn is ecstatic to be back at The Old Creamery Theatre for his second consecutive season! Josh is an NYC-based actor and was seen last on The Creamery stage in The Matchmaker (Ambrose Kemper), The Reluctant Dragon (Whoolchester), and Shear Madness (Mikey Thomas).

Josh Cahn holds a BFA in Acting from LIU Post and studied Improvisation/Sketch Comedy at The Upright Citizen's Brigade Theatre in New York City.  Josh has been seen in various stage and screen projects from New York to Iowa to Los Angeles and everywhere in between. Look out for Josh's work this season in The Emperor's New Clothes, Shear Madness, and as an understudy in Buyer and Cellar!

Many thanks to the whole Creamery creative staff for their continuous support and opportunities! Additional love to his beyond supportive mother and to his rock star girlfriend, Haley!