The Cast of Wife Begins at 40

The Cast of G.I. Holiday Jukebox

The Cast of Leaving Iowa 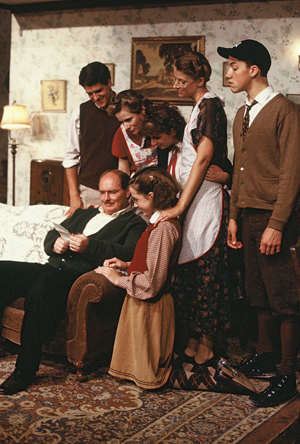 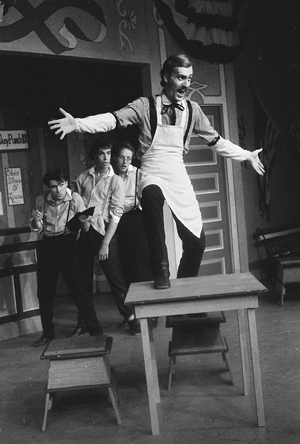 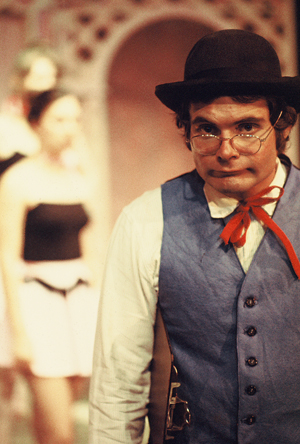 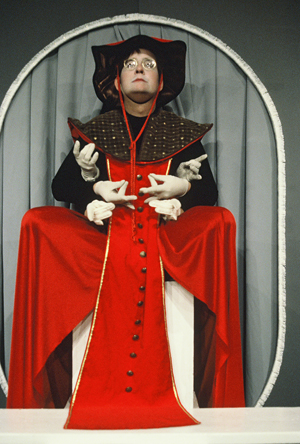 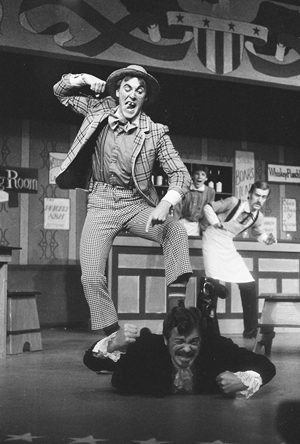 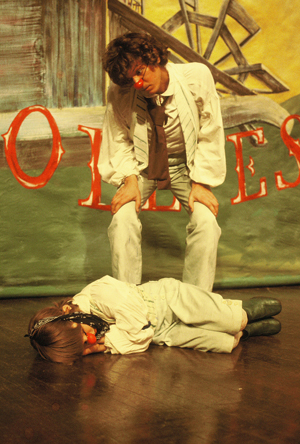 The Old Creamery Theatre Company is a not-for-profit professional theatre founded in 1971 in Garrison, Iowa. Ten theatre colleagues formed the company in a vacant building that had once served the community of Garrison as a co-op dairy – hence the name. In 1988, at the invitation of The Amana Society, The Old Creamery Theatre Company opened its first season in Amana.

A Look Back Over 50 Years

1970 - An article appeared in the Des Moines Register describing the
growing arts community in Garrison, Iowa, and the hope of the artists
that there would soon be a live theatre there.

1971 - The Old Creamery Theatre company was founded as a non-profit arts organization by Thomas P. Johnson and nine theatre colleagues in an old creamery building in Garrison, Iowa. The group was determined to bring high-quality live theatre to Iowans, particularly those in rural communities where there was little exposure to professional theatre.  The company's very first show was SPOON RIVER ANTHOLOGY, and the first production was offered on tour to citizens of Iowa.

1972 - The company's first performing space opens in an abandoned
creamery building with a production of TWO FRENCH FARCES. Renovation
of the building continues for the next 23 years. Martha-Ellen Tye of
Marshalltown provides funds to purchase a touring bus. This was the
first of a series of significant annual contributions that helped to
sustain The Company through its entire history.

1973 - The company opens its first season on the Clinton Showboat,
where the company performed for a total of six seasons.

1976 - The company performs in over 200 communities in Iowa and the
Midwest with a grant from the Iowa Bicentennial Commission.

1980 - The company receives The Governor's Distinguished Service Award
for service to the state of Iowa and a $70,000 two-year grant from The
Joyce Foundation of Chicago.

1983 - The company, dependent on the farm economy, is adversely
effected by the farm crisis in Iowa.

1986 - The theatre receives an $85,000 Advancement Grant from the
National Endowment for the Arts for artistic excellence.

1988 - At the invitation of The Amana Society, the theatre opens its
first season at the welcome center in Amana.

2000 - The Company performs its 30th Anniversary children's tour, GRAB
'EM BY THE TALE! throughout the state of Iowa. The recovery from the
financial crisis of 1985 is finally complete.

2001 - The company celebrates its 30th anniversary.

2004 - The company purchases a home in West Amana to house visiting
artists and interns.

2008 - Theatre for Young Audiences comes to the Main Stage for the first time.
-The Depot Stage closes as a result of the 2008 floods and the Studio Series is temporarily moved to the Ox Yoke Inn's basement.
-The Old Creamery celebrates 20 years of performing in Amana.

2009 - The Old Creamery is awarded a $50,000 grant from the National Endowment for the Arts as part of the Recovery and Reinvestment Act.

2012 - The Main Stage Lobby gets renovated. Purchased a new lighting system with the help of the Iowa County Community Foundation.

2013 - Patched our parking lot and put a new roof on the Old Creamery Theatre, with the help of the Iowa County Community Foundation.

2014 - Launched a new website and updated our logo.
- Remodeled for Handicap accessibility
- Major overhaul of the theatre's sound system with the help of the Iowa County Community Foundation.

2015 - New Curtain and Mid-Stage traveler funded for by Iowa County Community Foundation and the Slushers.