Home > About The Theatre > Blog > The Matchmaker: Letter from the Artistic Director

The Matchmaker: Letter from the Artistic Director

The Matchmaker runs on our Main Stage April 30 to May 21, 2015. For more information click HERE.

Welcome to The Matchmaker.

Maybe you know this and maybe you don’t, but before Jerry Herman added a bunch of songs and the title got changed to Hello, Dolly! there was a charming play by Thornton Wilder called The Matchmaker. 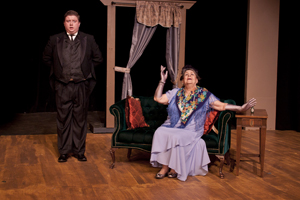 The origins of this delightful piece of theatre go back even further. It actually began as a one-act farce in 1835 with the title A Day Well Spent. This one-act was then adapted by an Austrian playwright into a full length play entitled Einen Jux Will er Sich Machen and if you want to know what that means you’ll have to ask someone in Amana because I don’t have a clue. Then that play was finally adapted by Thornton Wilder, rather unsuccessfully, in 1939 into The Merchant of Yonkers which closed on Broadway after only 39 performances.

All of these plays and still no Matchmaker. And that’s because it wasn’t until 1955 when famous director Tyrone Guthrie (the namesake of Minneapolis’ prestigious regional theatre) expressed interest in a new production of Wilder’s play with some major revisions. This time, the playwright expanded the role of a minor character named Dolly Levi and the rest is history.

When you pick a play like The Matchmaker you should probably have an actress in mind to do it. There’s no question that I chose this play for Marquetta. Who else could fill that wide brimmed hat previously donned by the likes of Ruth Gordon (who created the role in 1955 long before Harold and Maude made her a household name), Shirley Booth, Carol Channing, and even Barbara Streisand? There was only one in my mind. And my gift to her for bringing this wonderful character to life is to remind you that when you see her after the show and tell her how amazing she is that you show her you’ve read these notes by pronouncing her name correctly. It’s Mar-KEE-ta, not Mar-ket-a, or Mar-gar-eet, or even (though she has been known to enjoy one on opening nights) Margarita. It’s Mar-KEE-ta. Rhymes with “Far Rita.” 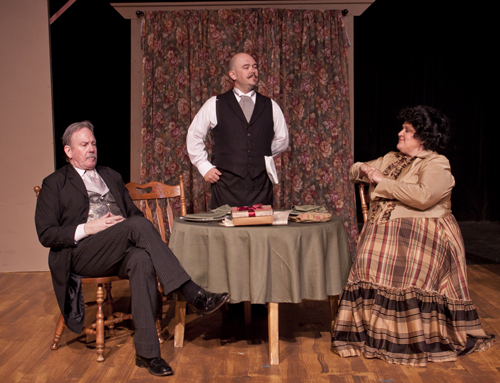 Of course one performer cannot an entire show make, no matter how gifted. And I’m very lucky to have a wonderfully talented cast from top to bottom. You may notice if you attend shows here at Old Creamery regularly that there are a LOT of actors in this play. As a professional theatre which pays all of our performers, both union and non-union, cast size is always a consideration when choosing productions. Thirteen actors is a big investment for us. And in large part, we’re able to present a classic of this cast size to you, by utilizing talented theatre students from nearby Cornell College in Mount Vernon. These young performers receive a small stipend and college credit while experiencing the chance to work and learn alongside seasoned theatre professional and we greatly appreciate the help of Cornell’s theatre department in making this production a reality. 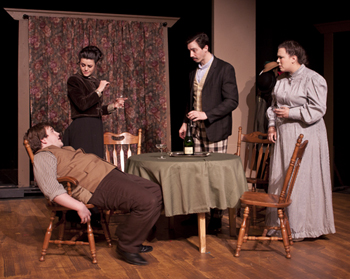 The Matchmaker has come a long way since its humble beginnings in 1835 but good things are worth waiting for. I think you’ll agree.

As always, thanks for joining us. We’ll see you next time.