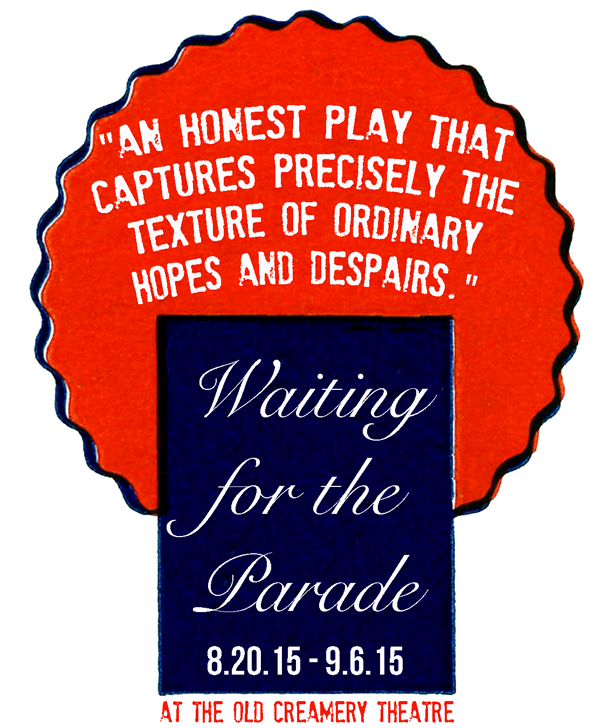 Home > About The Theatre > Blog > Letter from the Artistic Director: Waiting for the Parade 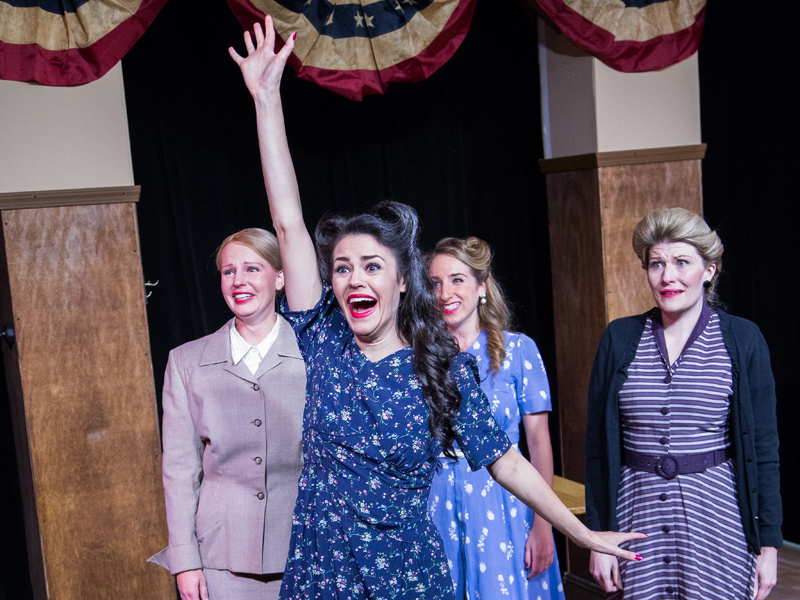 Welcome to Waiting for the Parade,

For some of you who saw Churchill in May, this will complete your journey with us this Studio season into the world of war. (And if you didn’t see Churchill yet, be sure to get your tickets for its one-week-only return to this space in early October. It’s a production not to be missed in this wonderfully intimate setting and the run in May was nearly sold out).

But where ever this play falls in your Studio experience with us, you are in for an amazing couple of hours as this wonderful cast and crew bring into focus what life was like for the women at home during WWII.

War, at least until modern times, was generally regarded as a man’s world and most plays, novels and movies have tended to tell that story. But women have always been affected by war and forced to deal with it. It’s a perspective that Aristophanes brought to the amphitheaters of Ancient Greece thousands of years ago in Lysistrata but it’s not one that has been frequently presented in the intervening centuries.

So what exactly was going on back home as Tom Hanks and his comrades were seeking to save “Private Ryan”? Thanks to this beautiful play by John Murrell, we have an answer.

I first came to know of this script when some friends of mine performed it at Webster Conservatory, and it had always struck me as a fascinating play for a talented group of women to perform. It was later brought to my attention when our friend and colleague Rachael Lindhart noticed that we were doing a lot of plays here in the Studio with all male casts and I realized – she was right! And with this play and Heroes on my wish list of Studio pieces the “war” season fell into place this year.

I knew this play would require a wonderful cast, which of course I put together from a trio of familiar Creamery artists and a couple of faces that are new to our stage this season. I also felt it I wanted to have a female director serving as the lens through which this play is viewed and I was thrilled when Cornell College directing professor, Jeneve West found room in her busy schedule to bring her insight and talent to this piece.

Waiting for the Parade is a universal picture of what the women left back home during WWII experienced and struggled with on a daily basis. Their courage and patriotism were every bit as strong as the men’s that they saw marching off to war. They didn’t face the bullets of the front, but they did face a different sort of battle. As this play so beautifully shows us, they faced fear, pride, love, prejudice, judgement, joy, and devastation as bravely and whole heartedly as their male counterparts. War takes its toll on all of humanity. I hope that’s something that this season in our studio has reminded all of us.

As always, thanks for joining us. We’ll see you next time.