Get to Know The Co-Creators of Steeple People: A Southern Gospel Comedy 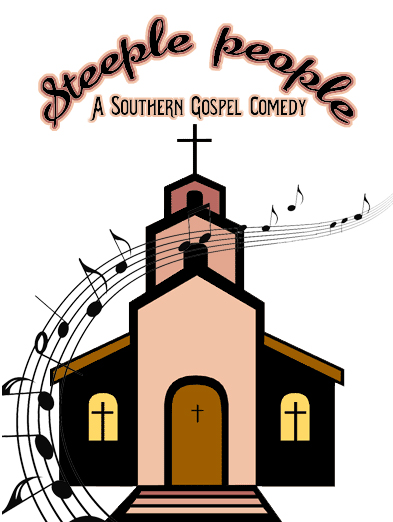 GET TO KNOW: Travis Smith

What is your name and where are you from?

My name is Travis Smith and I'm originally from Pickerington, OH - a suburb of Columbus. Although I've been traveling around a lot for the past 15 years or so.

How did you first get involved in theatre?

My very first production that I can remember was a Christmas show our elementary school put on where I played a toy soldier.  But I didn't really get actively involved in theater until High School were I started out on the crew but eventually ended up on the stage.  I was also in band and several other clubs and activities but theatre is always where I felt at home.

How did you realize you wanted to write a play?

I really think it was just a matter of putting pen to paper. Once you get the ball rolling it doesn't really stop. It helps to collaborate with someone because then you have the other person to motivate you.  We also saw a lot of potential in our concept. It was shocking to us that a show hadn't already been written about a gospel quartet (at least not one that is well known). And there is such a demand out there for smaller gospel shows that are easier to produce.

What was the most surprising part of the creation process?

I think the response of the audience is always a little bit of a surprise. When you rehearse a show over and over to nobody but a handful of people, it is quite jarring when you have a full house that responds quite a lot to the material. The actors always seem to be shocked after the first audience.  They get laughs they never knew were even there.

Do you have any tips or pearls of wisdom you’d pass along to other people trying to write a play?

Collaboration is key. I'm blessed to have an awesome collaborator.  Also, write down your ideas. No matter where you are. If you get an idea then jot it down. Write more than you think you will need. You can always cut away to make a really tight show. But to have to add to the material is somewhat more difficult.

GET TO KNOW: Benjamin L. Jackson

What is your name and where are you from?

As a playwright, I guess my name is Benjamin L. Jackson.  But I'll answer to Ben or Benjamin.  Honestly, I'll answer to pretty much anything.  The little ones in my family have taken a liking to "Benny" or "Can I Get Something To Drink, Please?" Any one of those will spring me into action but the latter is far too long to put on a Driver's License and might complicate things if I were to get pulled over.  I'm originally from a small suburb of Atlanta called Powder Springs in Cobb County, Georgia.

How did you first get involved in theatre?

It was an accident.  Actually, someone at my high school had an accident and broke his arm.  Long story short...  Through that terrible injury, a random set of unpredictable events led to my meeting and establishing a relationship with the Chorus Director at my school.   He then encouraged me to join the spring musical entitled "Little Shop of Horrors."  I played "Bum #2."  Pretty much the lowest man on the musical theatre totem pole...  I loved every minute of it.

How did you realize you wanted to write a play?

This is a difficult question for me because hindsight is 20/20.  Everyone has a story to tell.    Everyone.  When I meet people and they find out I've written a script, they oftentimes hit me up with ideas for a script they have in mind.  I think it's great!  But it's when you put the pen to paper you realize if you have something or not.  You have to WRITE.  I have a vivid memory of myself sitting alone in a coffee shop working on STEEPLE PEOPLE.  A line had been crossed and I thought to myself, "We are either gonna do this right or not at all."  I'm so glad we did it.

What was the most surprising part of the creation process?

Travis and I have always wanted STEEPLE PEOPLE to be around two hours including an intermission.  That was our goal from the very beginning...  In and out comedy for the family.  But when we had our first reading of the script in front of a live audience in Indiana, the show lasted over two hours without music.  Geez!!  Add the music and people would have been there for four hours!!  It was very surprising we had so much material in the early stages and people were still engaged in the story.  We had to cut a lot.  But in the end, I think it made STEEPLE PEOPLE much more functional.  Nobody wants to sit in the theatre for four hours unless the title includes "Opera" in it.

Do you have any tips or pearls of wisdom you’d pass along to other people trying to write a play?

Yeah...  I would say, "Write it!" It's an old cliché but write what you know.  Put pen to paper and just write.  Then once you've done that, give it a little hustle.  Nobody is going read what you've logged in a private journal or stashed in a desk drawer.  Put it out there for people to read and interpret.  You never know...  You may change lives for the better.